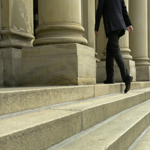 Those with pending cases may find that Tylenol lawsuit loans help to ease the financial pinch while they wait out this lengthy process of status conferences and discovery proceedings.

Parties involved in the recent status conference were expected to argue whether a protective order should be issued regarding disclosure of information about recalls and investigations involving the over-the-counter drug. Johnson and Johnson previously filed a Motion for Protective Order, asserting some of this information could prejudice a jury.

In addition, Johnson and Johnson planned to discuss challenges facing the coordination of both multidistrict litigation in Pennsylvania and state coordination of additional cases in New Jersey. The judge overseeing the MDL, Judge Lawrence Stengel, also wanted to receive status updates on depositions scheduled into the early part of 2014.

This status conference is just the latest development in the federal MDL that was established on April 1, 2013. As more plaintiffs filed lawsuits against Johnson and Johnson, federal cases were coordinated for the purpose of streamlining early trial proceedings and preventing duplicate discovery and conflicting rulings from different courts. All of the plaintiffs included in the MDL allege Johnson and Johnson failed to properly warn Tylenol users of the risk of liver damage associated with their pain reliever.

Tylenol is one of the most popular pain medications sold over the counter today. However, reports of serious side effects from the drug, including liver damage, have prompted calls for a stricter warning label. In August, 2013, Johnson and Johnson announced a new label on the way for Tylenol products that would warn users of the dangers linked to taking too much of the drug.

While this news may be helpful to those with lawsuits currently pending, it does little to speed up the legal process. Plaintiffs who have suffered significant injury from Tylenol products may be facing ongoing medical expenses and lost wages that make it difficult to make ends meet financially. With no end yet in sight in multidistrict litigation, and talks of a possible settlement still in the future, some plaintiffs are turning to Tylenol lawsuit loans to cover the bills until the cases are finally settled or make it to a jury.

Lawsuit loans from reputable companies like Lawstreet Capital can help plaintiffs stay afloat financially until cases are settled or receive a jury verdict. These non-recourse loans are similar to cash advances against the settlement or jury award a plaintiff expects to receive. No money is due until the case is decided or settled. If the plaintiff does not receive money from the case, the lawsuit loan does not have to be paid back at all.

Call Lawstreet Capital today to learn more about how Tylenol lawsuit funding can help you. Our customer service representatives are standing by to provide you with free and confidential information and assist you with the application process. Call us toll-free at 1.866.FUND.662.