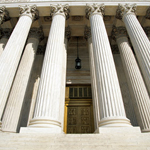 All of the lawsuits accuse Johnson & Johnson and its subsidiary, McNeil Healthcare, of withholding information from consumers and the medical community for decades regarding the liver damage risk linked to Tylenol.

The Eastern District of Pennsylvania multidistrict litigation was established in April 2013, as a way to help both sides conserve resources, avoid conflicting rulings and prevent duplicate discovery.

A group of bellwether cases are being prepared for early trial dates that are expected to begin in late 2016. The outcomes of the bellwether trials will not be binding on the other cases. However, the outcome may help to settle dozens of other cases, so they’re not remanded to the courts they were originally filed in across the country and forced to have individual trials.

On December 15, Judge Stengel issued an order identifying the family of Denice Hayes as the first bellwether case to go to trial. Both parties were instructed to submit a proposed pretrial schedule by January 6.

Hayes’s sister, Rana Terry, filed the wrongful death lawsuit against the defendant and serves as the administrator of the estate. The case was originally filed in the Philadelphia Court of Common Pleas in 2012, but was centralized as part of the MDL.

The lawsuit claims that Hayes developed acute liver failure as a result of ingesting Extra Strength Tylenol from August 12, 2010 to August 29, 2010. Each tablet of the over-the-counter drug contains 500mg of acetaminophen — the generic name of a drug found in many common brand name over-the-counter and prescription products. Hayes passed away from her liver injury on August 31, 2010.

The lawsuit brings 11 claims against Johnson & Johnson and McNeil Consumer Healthcare, including:

Is your Tylenol lawsuit currently pending under multidistrict litigation? While this is an efficient way to manage many complaints of a similar nature, it can take years for you to get the money you deserve.

If your injury is keeping you from work or causing you to face costly medical and legal bills, the stress can be overwhelming. Tylenol liver failure lawsuit funding helps you get the money you need now, without feeling pressured to accept a settlement far less than you know you’re entitled to.

LawStreet Capital is an industry leader when it comes to legal funding. We want to help you get the money you need now — not years from now. Plus, there’s no obligation to pay your loan back if the outcome isn’t in your favor.

Let LawStreet Capital help ease your financial burden so you can focus on your health and your case. Call us today at 1-866-FUND-662 to speak with one of our customer representatives. If your case is eligible, we can typically have the money in your account within 24 hours.