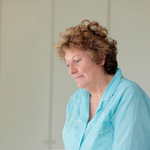 Transvaginal mesh products are synthetic repair systems built to treat pelvic organ prolapse and stress urinary incontinence disorders, which affect millions of American women. These conditions occur when the pelvic floor muscles lose strength, allowing the bladder and uterus to descend down into the vaginal wall.

Transvaginal mesh placement has become a popular treatment in recent years, but the FDA has received thousands of complaints, ranging from pain, infection and mesh erosion to recurring prolapse or incontinence. In many cases, revision surgery was required. Rare but serious problems were reported that included bowel, bladder or blood vessel perforation that required hospitalization.

Endo agrees to pay $54.5 million to settle a few claims

Endo Health Solutions Inc. is one of four companies paying out settlements for faulty vaginal mesh devices that have allegedly failed in more than 29,000 women. Endo agreed to pay $54.5 million to settle some of the 7,000+ lawsuits filed against them for their Perigee, Apogee and Elevate implants.

This settlement does not affect the majority of the vaginal mesh lawsuits that have been consolidated in West Virginia district court.

Last year, a California jury awarded $5.5 million in damages for Bard Avaulta mesh failure. Also, an New Jersey jury found Johnson & Johnson liable for $11 million in damages, including $3.3 million in punitive damages. Though a few settlements have been reached, there is no universal settlement for these transvaginal mesh injuries, so the rest of the cases are being prepared for trial later this year.

What structured settlement loans can do for you

Most people file lawsuits to pay for their medical bills. Even after winning a settlement, it could take weeks, months or even years to begin receiving the promised payments. And even if plaintiffs negotiate fair settlements in product liability cases (such as these transvaginal mesh lawsuits), the tiny monthly payments received in structured settlements may not be enough to cover the large debts they have accrued over the years.

That’s where structured settlement loans come in handy. If you have successfully won compensation, transvaginal mesh lawsuit settlement funding can give you the large lump sum payment you need to buy a house, buy a car, pay off expensive medical bills, or cover other expenditures. Instead of waiting for the money that is owed to you, it is possible to get a cash advance without providing collateral, co-signers or any other standard loan requirements. Best of all, you can typically expect to see your money within 24 hours of transvaginal mesh lawsuit settlement funding approval.