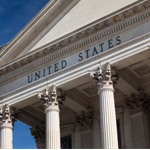 A New Jersey jury has awarded a 47 year-old woman $11.1 million in damages for complications resulting from a vaginal mesh implant. Linda Gross, a South Dakota nurse, endured a “living hell” of 18 surgeries after complications arose from her Gynecare Prolift mesh. On February 25, the Atlantic City jury ordered Johnson & Johnson, whose Ethicon division manufactured the Gynecare Prolift mesh, to pay Ms. Gross $3.35 million in compensatory damages. On February 28, the same jury awarded Ms. Gross an additional $7.76 million in punitive damages, for a total award of $11.1 million. The jury, which was composed of six men and three women, did not comment on its award.

The substantial damages award was reached after a month-long trial before Judge Carol E. Higbee of the Superior Court of New Jersey. Ms. Gross argued that Johnson & Johnson failed to adequately warn her and her physicians about the potential risks associated with the use of Ethicon’s Gynecare Prolift mesh. The jury agreed, issuing the first verdict for thousands of similar vaginal mesh lawsuits pending against Johnson & Johnson, including 2,100 lawsuits filed in New Jersey alone. In these lawsuits, Johnson & Johnson’s Ethicon unit is alleged to have introduced the Gynecare Prolift vaginal mesh without proper testing, and without adequate warnings to women and physicians regarding the risk of complications developing after surgery to repair pelvic organ prolapse (POP) or female stress urinary incontinence (SUI).

Over the last decade, vaginal mesh implants were given to hundreds of thousands of women suffering from pelvic organ prolapse, which occurs when a pelvic organ, such as the bladder or uterus, loses support as muscles surrounding it weaken. The condition can cause pain during intercourse, exercising, coughing, or sneezing. Vaginal mesh implants are secured to bone or ligaments and used to support the organs. Thousands of women have reported suffering health problems after receiving the implants, including severe pain, infections, and bleeding, and follow-up surgeries to try to fix the problem. Many who have gone on to file litigation, or who are considering doing so, may be eligible for low-interest vaginal mesh lawsuit loans.

In addition to the thousands of lawsuits centralized before Judge Higbee in New Jersey State Court, there are 2,000 other transvaginal mesh lawsuits filed in United States District Courts. These Federal lawsuits have been consolidated as a Multidistrict Litigation (MDL) before United States District Judge Joseph R. Goodwin of the Southern District of West Virginia. It is common practice in federal court to consolidate a number of similar lawsuits filed in multiple districts into a single MDL for the purposes of exchanging evidence and preparing for trial. There is still no consensus on how long it will take to resolve these lawsuits though vaginal mesh settlements or trials.

Vaginal mesh lawsuit loans are really not loans at all, but cash advances based on the expected proceeds of your pending lawsuit. Vaginal mesh lawsuit loans provide pre settlement funding for plaintiffs to help finance their cases, enabling their attorneys to secure expert witnesses and fight for a fair settlement. Other plaintiffs use this money to pay off outstanding medical bills, cover monthly rent, make a mortgage payment, or simply put food on the table. Although lawsuit loans may not be right for everyone, for some plaintiffs, they may be essential to making ends meet pending resolution of their cases.

If you are considering the option of legal funding to help you manage financial burdens while your litigation resolves itself, please call our helpful representatives today toll-free at 800-345-8500. The application is free and there is never any obligation. In most cases, we will inform you of approval within 24 hours.