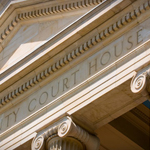 A judge in California upheld an $8.3 million jury verdict against DePuy Orthopaedics, denying the company’s appeal and ruling that the evidence presented at trial was sufficient to justify the jury’s finding of fault. The jury had found DePuy liable for manufacturing a defective product, the DePuy ASR hip replacement system, and breaching its duty to warn doctors and patients about the dangers of complications.

DePuy was ordered to pay damages to Loren Kransky, who alleged that the ASR loosened after implantation, causing him numerous complications and permanent injuries. The jury rendered its verdict in March and the presiding judge, Judge J. Stephen Czuleger, upheld the verdict on May 29, 2013.

Loren Kransky’s case was expedited in California state court because of his failing health. Even still, the timeline of a DePuy hip lawsuit can be marked in years, and even after a trial is over, the injured party may still have to wait months for appeals to be concluded before receiving the compensation he or she is legally entitled to. Plaintiffs who are waiting for a trial or ruling may have to rely on DePuy hip lawsuit loans to pay the medical bills that stack up, and to make up for the income that is lost, as a result of being injured by a defective product.

More than ten thousand DePuy ASR lawsuits are currently pending in jurisdictions throughout the country, making allegations similar to Kransky’s. In 2010, 93,000 ASR hip implants were recalled because of high failure rates of the device, in particular its tendency to shed metallic debris which causes inflammation, pain, and severe tissue damage.

DePuy’s Pinnacle hip is also allegedly prone to cause injuries, according to over 4,000 lawsuits pending in US state and federal courts. Although no recall has been issued for the Pinnacle hip, DePuy has discontinued a component of the Pinnacle system amid growing concerns that the ASR, the Pinnacle, and other metal-on-metal hip systems tend to be subject to increased wear and to cause metal toxicity, tissue damage, implant loosening, and other severe injuries.

A pre settlement cash advance can ease the burden

For the thousands of plaintiffs whose claims are now in the pre-trial phase, it may be years before any kind of legal resolution is reached. Even if DePuy eventually offers plaintiffs suitable settlements, the legal process and the individual case evaluations could still take months or even years. In the mean time, the cost of medical care and rehabilitation can be prohibitive, and too often a catastrophic injury like a DePuy hip implant failure can bankrupt victims and their families.

Plaintiffs who have DePuy hip lawsuits pending may be eligible to receive a pre-settlement cash advance. This money can cover medical costs and help families stay afloat while they wait for their day in court. These risk-free DePuy hip lawsuit loans are backed by the settlement or verdict you can expect to get, and you only repay the loan when – and if – you actually recover damages in your case.

LawStreet Capital is the country’s leading provider of DePuy hip lawsuit loans, and since we’re a direct lender we can offer the industry’s most competitive interest rates. When you apply for legal funding, there is never any credit check, no employment verification, and no hidden fees or costs. We’ll evaluate your case for free and can let you know if you’re approved in 24 hours. Call us today, toll-free, at 1-866-FUND-662.