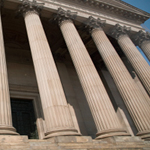 A California man was recently awarded $6.5 million by a jury who found that Actos, a drug for the treatment of type II diabetes, did not carry adequate warnings of the side effects and risks of long-term use. The case, the first of over 3,000 Actos lawsuits to be tried, was expedited because the plaintiff, who is terminally ill, was not expected to live long enough to undergo a lengthy trial process.

Defendant Takeda Pharmaceutical Co., maker of Actos, moved to vacate the jury’s decision and convinced the judge trying the case to throw out the verdict. The plaintiff’s lawyers are now appealing the judge’s decision and there is no timetable on how long the appeals process is expected to take. There are over 200 Actos plaintiffs waiting for their day in the same California court, many of whom could now benefit from an Actos lawsuit cash advance.

Thousands could benefit from pre settlement loans for Actos plaintiffs

In addition to the California cases, there are 1,500 lawsuits against Takeda pending in Illinois state court and 1,200 in U.S. federal court. The federal cases have been consolidated before a judge in the U.S. District Court for the Western District of Louisiana and are currently in the opening stages of discovery. The judge has set a rapid timetable meant to resolve the cases in a timely fashion, but the first of the 1,200 lawsuits she will oversee will still not begin trial until early next year, will last for months, and may also include an appeals process. The second trial is scheduled to begin in April 2014, and subsequent trials or settlement talks will not even start until over a year from now.

An Actos lawsuit cash advance could help the thousands of plaintiffs throughout the U.S. who have already been waiting months or years to receive compensation for their injuries and who still stand to wait another year or more before that compensation finally arrives. Many of these plaintiffs are struggling with the medical costs arising from the treatment of Actos side effects, including bladder cancer, and legal funding can help pay these costs so that the plaintiffs and their families can focus on recovery.

Actos plaintiffs don’t have to wait for compensation for months or years while discovery, trials, and appeals are conducted or settlements are negotiated. Eligible plaintiffs can obtain an Actos lawsuit cash advance from LawStreet Capital within 24 hours of applying. Legal funding from LawStreet Capital can pay for medical bills and day-to-day expenses to keep you and your family above water while you await a verdict or settlement. This cash advance is totally risk-free – you pay back the loan only if you recover damages in your lawsuit. If a jury rules against you, or if a judge overturns your award on appeal, you can keep the cash advance and won’t owe a dime.

LawStreet Capital’s legal funding is available now. Just call our office – toll free, risk-free, and hassle-free – at 1-800-345-8500, and talk to our customer service representatives about how we can help you get the funds you need, when you need them.