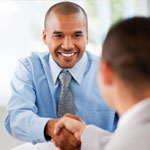 In a recently released ruling, the Judicial Panel on Multidistrict Litigation (JPML) moved to consolidate all federal GranuFlo lawsuits into a multidistrict litigation (MDL) proceeding. Many plaintiffs had requested the centralization in December 2012, citing commonalities among their complaints. The JPML agreed, and assigned the MDL to a Massachusetts judge, Douglas P. Woodlock.

The JPML cited several factors that led to their decision to assign the MDL to a Massachusetts court. Fresenius, the company that manufactures GranuFlo or Naturalyte, is based in Waltham, Massachusetts. The area has also seen a spike in complaints, and many witnesses live in close proximity to the area. While an MDL is designed to streamline pre-trial proceedings, claimants may be facing months or even years before receiving any compensation. In the meantime, many are considering the benefits of GranuFlo lawsuit funding  while awaiting their jury award or settlement.

Pre-trial process may be more efficient in MDL

An MDL coordinates federal lawsuits that share commonalities, such as similar complaints or allegations against the same defendants. It is different from a class action lawsuit in that each plaintiff retains his or her right to an individual trial. However, an MDL streamlines these trials because plaintiffs can use the same witness testimony and evidence uncovered during discovery. Rulings may also be generally similar among complaints. Despite the increased efficiency of an MDL, some plaintiffs may still wait years before they have their day in court because the trials are not all heard simultaneously. While awaiting resolution to their claims, some MDL plaintiffs may choose to seek GranuFlo lawsuit funding to help stay afloat financially.

The plaintiffs in the recently formed GranuFlo MDL share factual similarities, including the allegation that Fresenius failed to adequately warn patients and healthcare professionals about the potential for serious side effects from GranuFlo and NaturaLyte products. GranuFlo and NaturaLyte are additives used during dialysis treatments and are intended to add electrolytes to the blood while removing fluids and toxins. However, plaintiffs have alleged severe injuries from the products, including heart attack, cardiac arrhythmia, stroke, and the death of loved ones or family members.

In 2010 alone, there were 941 reports of heart attacks among patients using the products in Fresenius Medical Care clinics. However, no action was taken until an internal memo detailing the complications was leaked to the FDA in 2012. Following this event, the FDA issued a recall for GranuFlo and NaturaLyte products in March 2012.

As of February 12, 2013, at least 59 federal lawsuits are pending against Fresenius, and all complaints have been consolidated into the MDL. However, hundreds more are expected to file a GranuFlo lawsuit. The discovery period for the MDL has yet to begin, and no trial dates have been set yet. It may take years for all cases to be resolved. Meanwhile, plaintiffs who suffered serious complications and injuries must deal with medical expenses and ongoing rehabilitation. Those who have filed a complaint may be eligible for pre settlement loans to help tide them over.

Unlike traditional bank loans, GranuFlo lawsuit funding is non-recourse, which means that the cash advance is only repaid if you recover damages in your case. If your claim is unsuccessful or a settlement isn’t received, you owe nothing.

GranuFlo lawsuit funding can help those who are struggling to pay their medical bills and other expenses while litigation takes its course. If you’ve filed a lawsuit against Fresenius or you’re considering doing so, talk to LawStreet Capital about the advantages of legal loans to help you bridge the gap until your case finalizes. LawStreet Capital is one of the leading providers of pre settlement loans and features the industry’s most competitive interest rates. Please give us a call today at 1-800-345-8500 and ask about our 24-hour approval process.