Lawsuits Filed Over Side Effects Associated with Testosterone Drugs 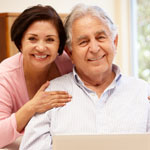 There are a growing number of lawsuits being filed against pharmaceutical companies who market and sell testosterone therapy products. The side effects of the products can range from heart attacks to strokes to death. With such debilitating side effects, some patients may benefit from testosterone lawsuit loans for financial support until damages are paid.

LawStreet Capital is the direct lender many plaintiffs turn to for financial relief while they await settlements or verdicts for their case. Our pre settlement loans are totally risk-free – we only get paid if you get paid.

Many plaintiffs find they are able to hold out for much bigger settlements when they take advantage of loans, such as Androgel lawsuit funding. Our goal is to extend a helping hand when you need it most, so that you can make ends meet—including covering medical bills and lost wages—until your case reaches resolution.

Why testosterone therapy is so popular

Although testosterone therapy may be a viable treatment for some men who have hypogonadism – a condition in men with abnormally low testosterone levels – in the last few years, it has been promoted as a panacea for lethargy, low sex drive, depression, and other symptoms common with men approaching middle-age.

“For people with truly low testosterone levels, the benefits outweigh the risks,” said Dr. Brad Anawalt of the University of Washington in Seattle and an author of the study that found testosterone could help certain veterans. “But for millions of others, it’s in the same category as snake oil.”

In the last thirteen years, use of the testosterone hormone by men over the age of 40 has quadrupled. It is estimated that about 1 in 25 men, in their 60s, are taking the drug. Testosterone therapy drugs are specifically indicated for men with the condition hypogonadism. However, the allure of youthful benefits such as elevated energy, higher sex drive, better muscle tone are convincing many men, even young men, to opt for the therapy.

The strategically placed television ads and other forms of advertising explaining all the benefits of hormone therapy for men often drowns out the studies that indicate the risks associated with testosterone supplements such as heart attack, stroke, and death.

In January 2014, a study by the National Cancer Institute found that men over 65 and men with pre-existing heart conditions are twice as likely to suffer a fatal heart attack within three months of beginning testosterone therapy.

In November 2013, a study published in the Journal of the American Medical Association (JAMA) called attention to the risk of heart attack, stroke, and death for men taking testosterone drugs.

Research by the Veteran Affairs Eastern Colorado Health Care System in Denver revealed that out of 1,223 men who underwent testosterone replacement therapy 67 died, 23 had heart attacks, and 33 suffered strokes within a year and a half of starting the drug treatment regimen.

Men’s testosterone levels decline naturally at a rate of about 1 percent less per year, beginning at age 30. Medical professionals are increasingly aware that many of their colleagues are prescribing patients testosterone drugs who are experiencing normal symptoms associated with age, diet, and activeness.

Benefits of a testosterone lawsuit loan