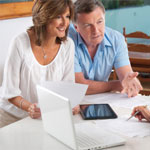 Based on recent spikes in adverse event reports of injury and death linked to the da Vinci robot, the FDA is recommending that patients discuss the benefits and associated risks of robotic surgery with their physician before undertaking any operation.  The da Vinci Surgical System has been utilized for a variety of gynecologic and thoracoscopic procedures since its launch in 2000 by manufacturer, Intuitive Surgical.

The advanced system was said to promote faster recovery times thanks to smaller incisions and less bleeding. Aggressively promoted to hospitals and health care facilities, the surgical robot has been the topic of escalating litigation, as scores of patients have suffered life-threatening complications that have been blamed on device failure and/or poor surgical training.

Last month, the FDA revised its webpage dedicated to computer-assisted robotic surgery and published the results of a surgeon survey that details their experiences with the da Vinci robot.  According to the agency’s report there were significant discrepancies in the training programs offered to surgeons.

“The training programs and the approach to monitoring surgeons vary among institutions,” stated the findings. “Some programs are comprehensive, team-focused, and involve close monitoring by proctors. Others depend on the individual surgeons determining what they need to successfully perform procedures using the system. Challenges include getting staff trained and trying to get an efficient process in place to deal with system setup.”

Several physicians have been named as defendants in wrongful death and personal injury claims, in which plaintiffs argue that doctor error was partially to blame for burns, punctured organs and other severe complications during robotic surgery.

For these plaintiffs and others considering legal action, economic means is often a deterrent in protracted litigation, leaving victims at risk of going bankrupt or losing their home to foreclosure. In such cases, da Vinci robot lawsuit loans can provide a quick influx of cash when plaintiffs need it most.

Citron Research, a stock commentary organization, has analyzed adverse event reports submitted to the FDA’s MAUDE (Manufacturer and User Facility Device Experience) database regarding da Vinci surgical complications, and found that during the first eight months of 2013, more than 2,332 da Vinci robot complaints were logged. When compared to the 4,603 adverse events received between 2000 and 2012, this signifies a disturbing trend in the number of injury reports.

Adverse event reports highlighted by Citron included incidents of burns, bowel perforations and fatalities, some of which happened years ago but are only now being added to the MAUDE database. The investment research firm noted that while robotic surgery may be beneficial for some patients, routine procedures like hysterectomies and prostate removals have been linked with a disproportionately high risk.

Intuitive’s flagship robot has been used increasingly in hospitals across the nation, despite complaints of device malfunctions and injuries. As more patients experience life-threatening issues following da Vinci robot surgeries, the numbers of lawsuits are expected to grow.

Individuals who suffered harm from robotic surgery may be facing a lengthy process in terms of recovering compensation through the court system. During the interim, medical costs and other bills may pile up, leaving patients with little recourse for managing day-to-day expenses.  However, legal funding companies like LawStreet Capital offer a solution for those in need of cash today. With our da Vinci robot lawsuit loans, you won’t have to worry about settling early for less than you deserve, and any monetary worries will be eased, as this is a risk-free cash advance that is only repaid if you win or settle your case.

Even better, we don’t require credit checks, monthly payments, employment verification or other hoops to jump through. Our application process is simple and free. To learn more about the advantages of da Vinci lawsuit loans, please call our toll-free line today at 1.866.FUND.662