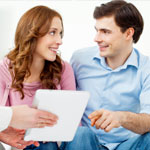 Many men are looking for a lasting solution to male pattern baldness. While there are countless TV commercials advertising over-the-counter hair loss solutions, there are far fewer hair loss drugs approved by the Food and Drug Administration (FDA). An FDA-approved drug for male pattern baldness seems like it would be a safe choice, but unfortunately for the thousands of men who used Propecia, the FDA approval does not automatically mean that a drug is not dangerous. Hundreds of men who have used Propecia (finasteride) have filed lawsuits against Merck, the manufacturer of the drug. While they await a settlement or jury award, many of those men could benefit from Propecia lawsuit loans to help them with medical bills and related care expenses.

Did you use Propecia and experience adverse side effects? If so, you may be eligible to file a Propecia lawsuit, and to take advantage of settlement advance loans to tide you over until you receive your jury award or settlement. You may be eligible to file a complaint against Merck and Co. if you took Propecia and suffered side effects linked to the drug. You may also have grounds for filing a lawsuit if you are a family member of someone who was injured by the hair loss medication. Spouses or partners, for example, could file a complaint claiming “loss of consortium” due to the sexual side effects that Propecia is alleged to cause.

For a successful Propecia lawsuit, you will need to prove three things: that you took the drug, that you experienced side effects, and that those side effects were caused by the drug.

Reported side effects of Propecia

See your doctor about any side effects that you may have experienced from Propecia. The most commonly reported side effects include sexual dysfunction, such as erectile dysfunction. This drug has also allegedly been linked to:

Adverse side effects from Propecia have the potential to cause ongoing and significant complications. For example, men who develop prostate cancer may need to undergo radiation therapy, cryosurgery, or other treatments. Ongoing pain can interfere with your ability to carry out your daily activities, including your responsibilities at work.

Researchers from George Washington University found that men who took Propecia experienced erectile dysfunction, testicular pain and shrinkage, and neurological problems, such as anxiety, depression, and mental fogginess. The lead author of the study, Dr. Michael Irwig, reported that he was “suspicious that (Propecia) may have done permanent damage to these men.” After the patients stopped taking Propecia, the side effects persisted.

In fact, in April of 2012, the FDA required Merck to update the labeling information for Propecia to include warnings of adverse events like sexual dysfunction. The warning label now cautions patients that Propecia side effects may continue after stopping the medication. And in June of 2011, the FDA warned consumers that Propecia could increase the risk for high-grade prostate cancer. This warning was based on a seven-year study of men aged 55 years and older.

Almost 400 Propecia side effect lawsuits are currently pending against manufacturer, Merck. Many of these complaints have been consolidated into multidistrict litigation (MDL), which is currently proceeding in the U.S. District Court in the Eastern District of New York. Other claims are proceeding in the New Jersey State Court in Middlesex County. These plaintiffs are still awaiting their trial dates. Those who file a lawsuit against Merck may request compensation for medical expenses, long-term care needs, lost wages, future loss of wages, and damages for pain and suffering.

When you consult a lawyer about a complaint against Merck, expect to answer questions about which complications you experienced, when you used the drug, and whether you were adequately warned of the side effects. If at all possible, provide your lawyer with medical records that link your diagnosed complications to your use of Propecia.

During your complimentary case evaluation, ask your lawyer about the advantages of a pre settlement loan. Many plaintiffs are eligible for litigation loans, which are cash advances based on the anticipated compensation you may receive from a settlement or jury award. Drug lawsuit loans are an ideal option for many because it can take months or even years before your lawsuit goes to trial and a settlement or jury award is reached. In the meantime, you’ll have medical bills to pay, and you may have to cope with the loss of wages due to missed work because of your medical complications. Depending on the complications you experience, you may also need to purchase medical equipment or pay for expensive, specialized treatments. And those expenses are on top of your everyday living expenses.

One of the best aspects of Propecia lawsuit loans is that they are completely risk free. If  you don’t win or receive a settlement on your dangerous drug lawsuit, the cash advance doesn’t have to be paid back. And if you choose to work with the industry’s most reputable provider of litigation loans – LawStreet Capital – you’re ensured the lowest interest rates on your lawsuit cash advance.

Apply for a pre settlement loan

A Propecia lawsuit loan may be the right solution for you. A cash advance from LawStreet Capital carries absolutely no risk, and if you’re approved, you could have cash in hand in as little as 24 hours. At LawStreet Capital, we pride ourselves on our sterling reputation. Talk to our friendly, knowledgeable representatives at 800-345-8500. And remember that we don’t believe in hard sales tactics; there is never any pressure to you.