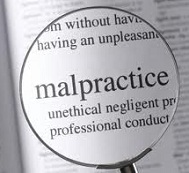 No one ever expects to be the victim of medical malpractice when they walk into a physician’s office, clinic or hospital for treatment. Most individuals depend on the practitioners in those facilities to provide high quality care and treatment for their specific medical needs. Unfortunately, malpractice does sometimes occur, necessitating legal proceedings. For some plaintiffs, the only means for staying afloat financially until a settlement is reached is through a medical malpractice lawsuit loan.

Approximately $3.6 billion was paid out in medical malpractice payouts during 2012, according to Diederich Healthcare. That calculated out to 12,142 payouts for that year, which trickles down to one payout every 43 minutes. The large majority, 93 percent, were due to settlements, while the other 7 percent could be attributed to judgments.

While those numbers paint a relatively broad portrait of the prevalence of medical malpractice claims filed today, it is important to note that those claims are rarely paid to the plaintiff in quick fashion.

Although most medical malpractice claims will not make it all the way to trial, they are still subject to a lengthy discovery process that involves presentation of various evidence and testimony to support the allegations of the plaintiff. Discovery requires a large amount of documentation, expert testimony and other out-of-court proceedings that can take some time to collect and present. Even if a settlement is negotiated as a result of that process, the final decision may take a significant amount of time.

In the meantime, plaintiffs awaiting their day in court often face substantial medical bills as well as the financial strain of lost wages as they take time off work to recover from their injuries.

These events can take their toll on the financial security of the malpractice victim and the entire family. Even when a settlement or positive jury decision seem imminent, the delay in the process can pose a serious hardship for some malpractice victims.

A medical malpractice lawsuit loan can often help to ease the financial tension during the legal process. These cash advances are usually granted based on the type of settlement or jury award a plaintiff is expected to receive, rather than the plaintiff’s financial history and debt ratio. Because the decision to grant medical malpractice settlement funding is based on the court proceedings rather than the plaintiff’s current financial standing, no money is due on the advance until the plaintiff’s case is settled or decided by a jury.

If the unexpected occurs and the malpractice victim does not receive financial compensation, no money is due on the lawsuit loan. If a settlement or positive jury verdict is reached, the amount of the advance is taken from the total payout, along with a reasonable fee, before the funds are provided to the malpractice victim. This ensures the plaintiff receives money when it is needed for medical bills and other daily expenses, rather than waiting for the case to make its way through the court system.

A medical malpractice lawsuit loan provides relief from the financial stress of an injury that was beyond your control. The cash is available within 24 hours after approval of your application and no money is due until your case is settled or goes to trial. These non-recourse loans have helped thousands of malpractice victims get back on their feet with the money they need to recover from their injuries and move on with their lives.

If you are considering lawsuit funding, it is important to select a reputable company with understandable terms and a history of success. At LawStreet Capital, we understand the burdens of an unexpected injury due to no fault of your own. We will work with you to ensure you get the money you need when you need it to heal from your injuries and move forward.

Contact our friendly representatives today at 1-866-FUND-662 to learn more about our financing program or begin your application process.