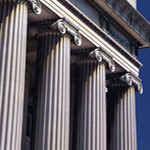 In a settlement approved on February 3, 2014, Biomet Inc. agreed to pay a base award of $200,000 to each plaintiff who received one of its defective metal hip replacements. The total settlement is expected to amount to at least $56 million.

Hundreds of lawsuits have been filed against the medical device manufacturer. They were consolidated in the U.S. District Court in Warsaw, Indiana as part of Multi-District Litigation (MDL) 2391, which began in October of 2012. The settlement will extend to all plaintiffs who file suit in federal court on or before April 15, 2014.

Prior to the settlement, plaintiffs might have applied for a “pre-settlement loan,” enabling those struggling with medical bills and regular expenses to stay afloat for the period before a settlement is reached. The term “loan” is misleading in regard to these funds: they better resemble a cash advance that does not have to be repaid if the outcome of a case is not successful.

Not everyone requires such legal funding. But for those in immediate need, a Biomet settlement cash advance from LawStreet Capital can provide necessary and prudent financial assistance.

Plaintiffs in the litigation claim that Biomet’s artificial hip, the M2a Magnum, led to serious health problems, including significant pain and discomfort, and loss of mobility. They were often forced to endure a revision surgery and another lengthy recovery process to correct the problems caused by the first hip replacement. There are growing demands for a recall of the device, though none has been issued.

In addition to thousands of dollars for the initial treatment of hip problems and the surgery to implant the M2a Magnum, plaintiffs then had to procure funding for revision surgery. Moreover, the defective hip caused many to lose additional income during the period in which they were further incapacitated.

The recent settlement should cover medical costs and lost income for those who received the defective hip replacement. Unfortunately, many are already stretched beyond what their pocketbook can currently handle. In such cases, there is help available in the form of a Biomet hip settlement loan.

Biomet Inc. maintains that the device was not the cause of the health problems suffered by the plaintiffs, but is eager to settle in order to put the protracted litigation behind them. Plaintiffs are also eager to receive their settlements at this point. As Judge Robert Miller noted in his order concerning the settlement, “Plaintiffs and Biomet are mindful of the uncertainties engendered by litigation and are desirous of settling and compromising their differences by entering into this settlement agreement.”

If you are a plaintiff in the Biomet hip replacement MDL, or you are considering a case due to medical side effects from a flawed hip replacement, contact LawStreet Capital today for a free consultation regarding funding options. The application is free and there are no hidden fees. Call us anytime, toll-free, at 1-866-FUND-662.