Federal Panel May Centralize Januvia and Byetta Lawsuits as MDL 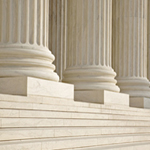 In the brief period that diabetes treatments Januvia and Byetta have been on the market, a disturbing number of post-marketing reports and studies have linked the drugs to pancreatitis, thyroid and pancreatic cancer, among other life-threatening side effects. Both medications function in a similar fashion, by mimicking the incretin hormones that normally trigger the release of insulin after a meal. Since their FDA-approval in 2005 (Byetta) and 2006 (Januvia), lawsuits against the manufacturers of Januvia and Byetta accuse the pharmaceutical companies of negligent design and manufacturing and failure to warn of dangerous side effects.

With product liability claims escalating across the nation, the United States Judicial Panel on Multidistrict Litigation (JPML) is now considering centralizing all lawsuits alleging injuries from Byetta and Januvia in a single federal court for pretrial coordination.

A scheduling order has identified at least 53 Januvia and Byetta lawsuits brought in seven different district courts that allege the diabetes drugs caused pancreatic cancer – one of the deadliest forms of the disease. Consumer watchdog groups speculate that the number of these cases will skyrocket now that the FDA has launched its own studies into the safety of Januvia and Byetta. On July 25, oral arguments will be heard by the federal panel of judges in Portland, Maine, after which the JPML will decide whether to establish multidistrict litigation (MDL) to better serve plaintiffs and streamline the legal process.

MDL proceedings are a positive step for plaintiffs, but compensation may not come soon enough for injured patients who are now coping with rising medical bills and treatments associated with their condition. Januvia lawsuit loans are a viable solution to the economic hardships that burden innocent victims of injurious drugs.

Named as defendants on the product liability/personal injury complaints are Januvia manufacturer, Merck & Co., and Amylin Pharmaceuticals/Bristol-Myers Squibb and Eli Lilly – makers of Byetta. Patients who took the medications to help stabilize blood sugar levels and were later diagnosed with acute necrotizing pancreatitis, pancreatic cancer and thyroid cancer allege that Januvia and Byetta were not adequately tested prior to release, and are seeking compensation for their medical bills, lost income, diminished earning capacity and emotional pain and suffering. If multidistrict litigation is established, all qualifying Byetta and Januvia cases that share similar allegations will be moved to the transferee court to avoid conflicting judicial rulings and allow plaintiffs to share in the discovery process. While litigation may be more efficient, plaintiffs will still be waiting several months, if not years, before they see resolution to their claims, leaving many on the brink of financial ruin as they wait for their day in court.

Fortunately, claimants can turn to Januvia lawsuit loans to help stay solvent and pay bills while their attorneys pursue the maximum damages in court. LawStreet Capital features pre settlement funding services for persons involved in Januvia and Byetta lawsuits on a non-recourse basis, which means that you only repay the cash advance if you win your case.

If you’ve suffered side effects of Januvia or Byetta and need financial assistance today to continue litigating your case,  or to file a lawsuit, contact the nation’s leading provider of lawsuit loans for your free application. We can usually process your request within 24 hours, which means cash in your hands the very next day. To learn more about how Januvia lawsuit loans can benefit you, contact us today to speak with a friendly customer representative. Apply now and get a free quote! 1.866.FUND.662